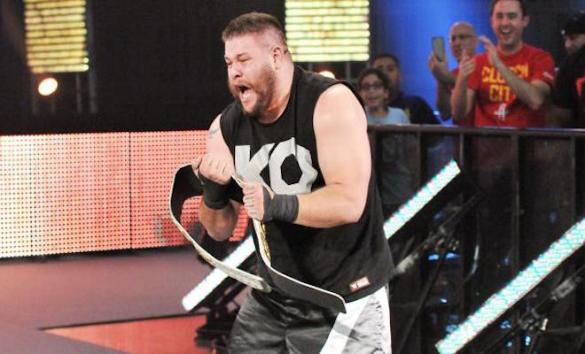 The Intercontinental Championship is supposed to be the second most prestigious championship in WWE. However, it seems that recent years haven’t been kind to those that hold it. The Intercontinental title used to be a stepping stone as a rising star is elevated to main-event status. However, many champions in the last few years have seen themselves float around in the mid card pool of irrelevancy. We’re hoping that this does not happen to Kevin Owens. In order to elevate Kevin Owens and bring prestige to the title, how would we book Kevin Owens as Intercontinental Champion?

Kevin Owens won the Intercontinental Championship at Night Of Champions, beating Ryback with a roll up. Let’s be honest, Ryback’s title reign was never really able to take off. Kevin Owens is quite possibly the perfect man to be able to bring up the prestige of this title once more. This man is a great in-ring worker with incredible mic skills as well. WWE could do no wrong with this man… other than having him lose his first feud on the main roster. -.-

The point is, not much is needed to be said other than… have him beat EVERYONE. 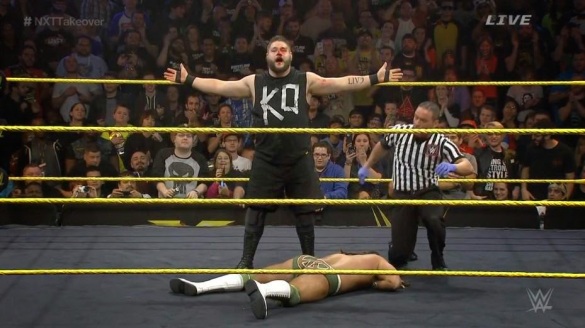 Kevin Owens considers himself a prizefighter. He said that the Intercontinental Championship made him feel complete. All Kevin should be worried about his keeping his title. Of course, there’s a bit of a balancing act involved. You want him to care about his championship but you don’t want to diminish the championship either. Take Nikki Bella. She cared about shoving her title reign down people’s throats but could care less about ACTUALLY defending it. The clue is in his catchphrase… Fight, Owens, Fight.

If John Cena were not already doing his US Title Open Challenge, then that would be the first option for Kevin. However, Kevin should not want to give title shots to anyone. Kevin can run down Cena by stating that shots at the IC title should be earned rather than given. Kevin says that he wants to prove himself as the greatest Intercontinental Champion of all time. He therefore says that only former champions can compete and Kevin himself will decide his own opponents.

Kevin’s first few challengers on RAW would be folks like Heath Slater and Curtis Axel. These would be former champions but considered jobbers to the WWE Universe. This concept gives these wrestlers TV time and an actual chance to shine. However, Kevin simply wins. At the end of every match, Kevin writes down the name of his opponent on a piece of paper. After writing it down, he reads off the list of former champions he has beaten to retain his title. It’d be kind of like what Chris Jericho used to do.

Obviously, the list would start off being kind of short. Over time however, it suddenly starts to build up. Heath Slater, Damien Sandow, Curtis Axel, Titus O’Neil, Jack Swagger, Fernando etc. It suddenly becomes a case of quantity over quality, which actually does make Kevin look quality coming out of it. More is more when it comes to a heel. The more things he can brag about, the more content he can work with. The more people Kevin beats, the more names he can brag about beating. I named a few jobbers but these are actual former champions. These aren’t exactly complete jokes!

What would be interesting is that Kevin Owens would try to duck lads like Neville, that have never won titles on the main roster, which would actually be funny to watch! It also makes these lads look great before they finally get the shot, as Kevin already fears them.

He goes through everyone until the Royal Rumble. He wins his match, reads his list and stops half-way through. He says that merely beating everyone is not enough anymore. He’s a prizefighter and he only has one prize to his name. Now he wants more. He wants to challenge the US Champion for a title vs title match at Wrestlemania 32. The US Champion turns out to be John Cena, who walks out of Fast Lane with the title. In this big match, Kevin beats Cena clean once again to win the US Championship. He dubs himself as the International Champion, having conquered the entire world of wrestling. As soon as he drops these titles, he’s in a great spot to go after his next prize… the WWE World Heavyweight Championship. 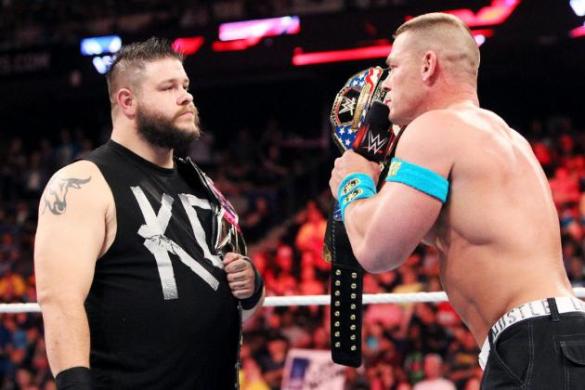 A lot of this includes a lot of wishful thinking, but this would do wonders to Kevin. Beating everyone en route to beating John Cena on the biggest stage of them all would be something spectacular that could make Kevin a legitimate star in WWE.

Have any suggestions for a How I Would Book? Simply tweet me at either @ArmbarExpress or @TomRobinson5199 on Twitter with your suggestions. Do also check out the rest of the content on my blog. I do a lot of other cool fantasy booking blog posts with my playthroughs of fantasy booking game Extreme Warfare Revenge. And there’s all sorts of other wrestling content as well. You never know, you might just like what you see!