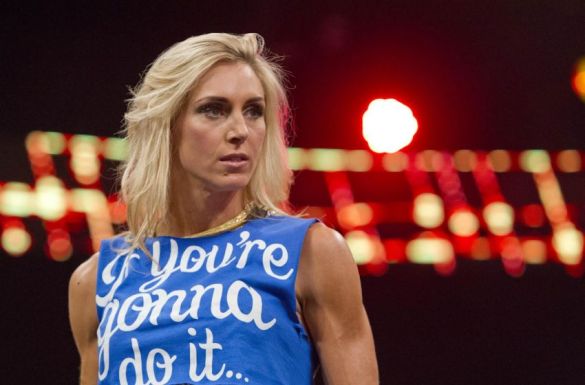 Charlotte is undoubtedly one of the most gifted women in the WWE. She has the blood of one of the greatest wrestlers of all time running through her veins. When I saw her compete in NXT, I thought she was exceptional. She’s had some brilliant matches with Sasha Banks, Bayley and the rest of the women in the NXT roster. When I saw her debut on RAW in July, I was ecstatic. She’s got all the tools needed to be a huge star. With that being said… I don’t think Charlotte should win the Divas Championship in her title match against champion Nikki Bella at Night of Champions.

Pitchforks down please! I’m not entirely endorsing Nikki Bella’s reign as Divas Champion to continue either. However if you’re going to build up a new top face in the Divas Division, then the build up to their title victory is crucial. Look at Bayley’s title win at NXT TakeOver. Bayley had been struggling for a year or so to capture the NXT Women’s Championship. Bayley mentioned that her family was at everyone of her title matches. Her family has been through thick and thin with Bayley en route to her glorious moment in Brooklyn. When Sasha Banks injured her arm during TakeOver and the odds were stacked against her again, you really wanted to see Bayley finally get her moment at the top of the NXT mountain. When Daniel Bryan was taken out so many times at Wrestlemania XXX, you were rooting for this underdog to defy all the odds and win the championship. Charlotte needs that same journey.

Let me explain why Charlotte needs this journey so much. When Charlotte won the NXT Women’s Championship, she was a heel. She had Ric Flair in her corner. The NXT Championship was vacated by Paige and Charlotte seized the moment to capture the belt. She then turned face to engage in a heated rivalry with Sasha for the belt. She came onto the main roster as a babyface. She won her first match at Battleground and her record since has been pretty great compared to the rest of the divas in this “Divas Revolution”. Therefore, Charlotte has missed out on this opportunity to have her “struggle to reach the top” storyline which can make a top babyface… particularly in the divas division.

If you’re picking the babyface that will end the record-breaking title reign of Nikki Bella (it will be record-breaking longest title reign come Night of Champions) it has to be a worthwhile moment. Look at when Paige beat AJ Lee for the Divas Championship in 2014. AJ Lee had beaten everybody in her path. At Wrestlemania XXX, AJ beat everybody else on the main roster to successfully retain her championship. She had legitimately beaten everyone there was to beat on the main roster. That was when NXT Women’s Champion Paige arrived onto the scene. After being forced into a title match she initially didn’t want to be in, Paige overcame the odds to shockingly beat AJ for the title. She’s done something no other woman has done in 295 days. That MADE Paige an instant star from the moment she got onto the roster. 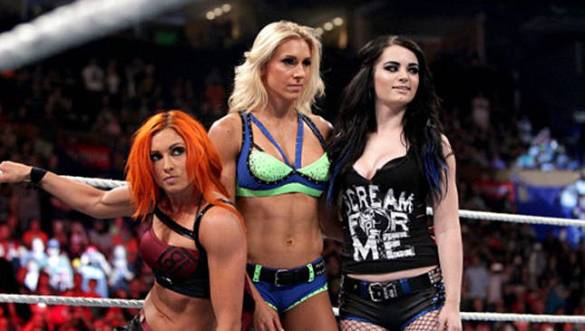 Paige’s background wrote the story well for her. During her efforts to break into the wrestling industry in England, Paige was the only one out of her family selected from try-outs to be apart of the WWE. She struggled to fit into WWE as she was the outcast. She was not like any other diva. She really was the “Anti-Diva” and used that to shoot right to the top of NXT. This led to her winning the Divas Championship, being the youngest woman in the history of the company to do so. That is a phenomenal story.

Charlotte has a great story in the fact that she is Ric Flair’s daughter. There’s a great burden on her to succeed due to her bloodline. However, there was no real struggle for her to capture the NXT Women’s title. She won the belt after the previous champion Paige had vacated the belt. She won it in her first ever title match, so the climatic rise to her title win was seemingly non-existent. If she wins the Divas Championship on the first time of asking, then it would kill her rise to being the top babyface. There’s not been enough reason to get fans to rally behind Charlotte. The biggest reason for people wanting Charlotte to win the title is because they DON’T want Nikki Bella being the champion.

Nikki Bella is the type of heel champion who generates heat every time she goes down to the ring. People are sick of seeing her. WWE uses this to their advantage as Nikki is the perfect foil for Paige, Becky Lynch and Charlotte to rise up against. That would make anyone of these women worthy of winning the title, if it had not been for the WWE writers and how they’ve booked this women. As I went to great detail in during my End of the Revolution blog post, these women have suffered due to the way to writers have booked them. Out of everyone in the PCB, Charlotte has suffered the most. 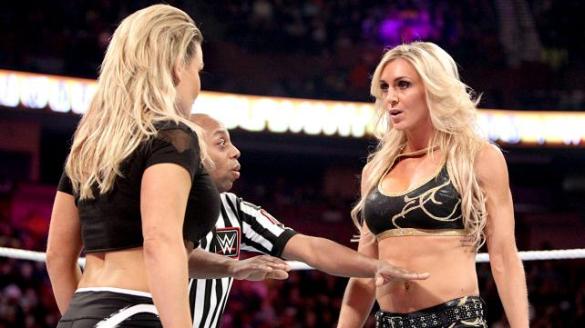 In what I think has been quite degrading, WWE has labelled Charlotte simply as the daughter of Ric Flair. That’s factually correct but it’s one thing to pay homage to her own family. It’s another thing to have Charlotte mimicking her father ALL THE TIME. Her theme music is a remix of Ric Flair’s entrance music. She shouts WOO every time she’s in a match. She shouts WOO every time she cuts a promo. She does the strut of Ric Flair. Her finisher is a variation of her father’s finisher. This means that Charlotte cannot stand out on her own as she needs to channel Flair in order to get a reaction. That’s not Charlotte’s fault. It’s the writers.

Chavo Guerrero was perhaps the worst victim of this type of booking. Every time he appeared on WWE or TNA following the death of Eddie Guerrero, they would have Chavo reference Eddie in literally every other promo he cut. He started using the three amigos and the Frog Splash and those became his permanent signature moves. Chavo couldn’t develop as a character or get over as the booking resulted in him needing to pay homage to somebody else in order to get over. Charlotte shouldn’t need to do this but now… she has too.

WWE is making Charlotte channel Flair to the point where she is now simply a tag line. In the casual audience’s eyes, she is Ric Flair’s daughter and nothing more. It’s sad. It sucks. But for this reason, Charlotte cannot be the one to win the Divas title if you want to develop this Divas Revolution. Unless Charlotte were to turn heel after this, which I don’t see happening, she is going to be stuck in this character purgatory. This means Charlotte cannot develop her character which means the fans’ interest in this champion will quickly vanish. Why do you think Natalya struggled so hard to get over as Divas Champion? 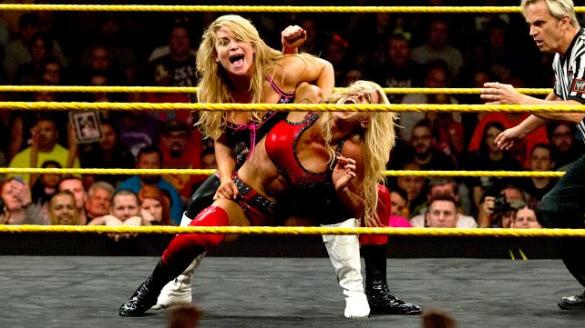 Natalya was a great wrestler but it’s very difficult for her to develop a personality. Charlotte is going to do the same thing unless WWE gives the fans a reason to rally behind her. Have Charlotte lose this round at Night Of Champions. Have her make a mistake or have Paige accidentally cost her the match. That way, fans will begin to feel for her as she just had the title in her grasps only to come up short. Rematch after rematch on RAW until Charlotte says “Right. If I don’t beat Nikki at Survivor Series (or whatever), I don’t deserve to be on the main roster. If I lose, I will leave the main roster and never return.” That character development and self-motivation will get the fans to get behind Charlotte as she has a family legacy to uphold. When she wins the title, it will be a big moment. After struggling, she finally wins the Divas title on her last try. Therefore, you’re able to get Charlotte over enough to make Nikki losing her championship mean something.

If I had to pick right now who I believe should be the Divas Champion, I wouldn’t pick Charlotte. I’d pick Sasha Banks because she’s the most over person in the Divas Revolution storyline. But if WWE are going to go with Charlotte, then WWE have to do a lot more to develop this woman’s character. They have to build up the moment of Nikki losing her title a lot better. If Charlotte just beats her at Night Of Champions, then you make all these calls for change in the divas division seem anti-climactic. If you’re going to bring up all of these top quality NXT stars, then build them up as stars. Build up their moments of glory as truly big moments. If you’re going to take inspiration from the women from NXT, then do it properly.