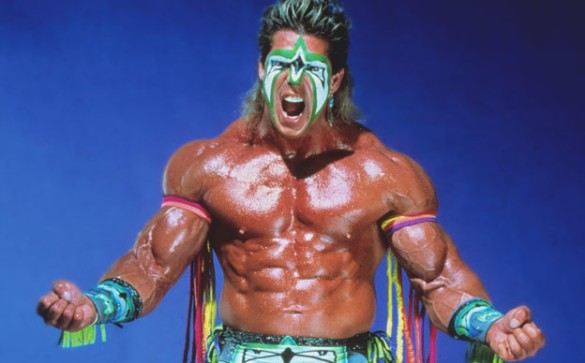 Ladies and gentlemen, the wrestling world is in utter-shock with the news of the death of the newest member of the WWE Hall Of Fame 2014. One of the most well-known wrestlers of all time and a mega star that will remain in the hearts of all his warriors…. The Ultimate Warrior!

The Warrior took the WWF by storm upon his debut, electrifying audiences with his incredible energy and power that had the fans on the edge of his seats. Seriously if you went back and watched promos from him in his prime, the Warrior connected with the fans so well and were able to pump them up big time just by words. Check this one out for example…

The thing is… Warrior could create a buzz so easily that makes the fans get into the product. Like Hulk Hogan, he was the kind of wrestler that could build electricity in a flash. A wrestler that pumps up a crowd is more important than any other attribute in my opinion. You could be the greatest technical wrestler or the greatest risk taker or what not. But getting the crowd excited and rallied up is more important than anything.

I remember when I first got into wrestling like 2003 or something. After a couple of months of watching it, I watched the match between him and Randy Savage. That match had such an incredible feeling to it. Especially when Warrior kicked out of all the elbow drops by Randy. I loved watching that. I actually think this match wasn’t on the WWE 2K14 Wrestlemania mode which actually sucks because that match had a lot of moments that we’ll never forget. Not to mention the scene with Savage and Miss Elizabeth in the end.

Warrior being inducted into the Hall Of Fame this year is now even more special and so huge. It’s incredible and warming to know that he was inducted while he was still alive. The Warrior was able to have his last 3 nights in the WWE if you will, with Hall Of Fame, Wrestlemania and RAW. And you could tell he loved being back. He couldn’t wait to put that mask on one last time on RAW. After all the things that have happened to him, he was able to have one last time in the sun before his death. And that’s special for the Warrior. He’ll live on in the hearts of all of his warriors!